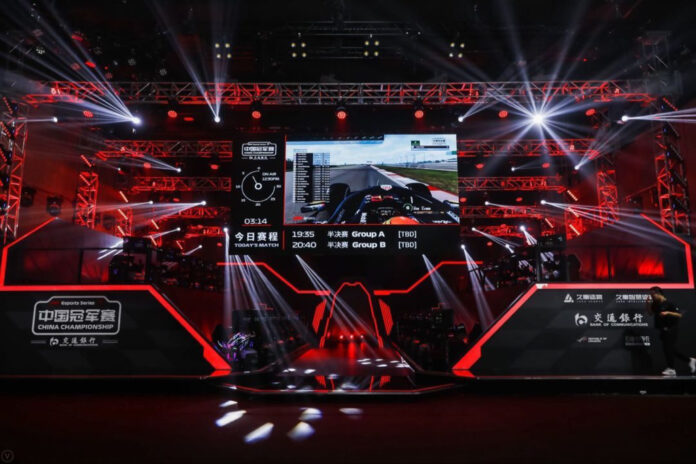 The Formula 1 Esports China Championship has returned! The first and only region-specific chapter of the F1 Esports Series has returned for an exciting third season and begins with a lavish event at the Shanghai Automobile Exhibition Center in Shanghai's Jiading District.

The event brought together all ten teams participating in the 2021 Pro League so they could have a head start on the upcoming season. The two-day celebration, which included signings, live shows, presentations and more, highlighted the best digital racing talent and led straight to the first two rounds of the competition on May 2nd: Shanghai and Bahrain.

Familiar faces were in good shape on Sunday, and 2019 Master Tang Tianyu prevailed again, winning not only the first round of the season but the coveted MVP title. Reigning champion Yuan Yifan finished second, showing that the current two champions haven't lost much of their pace and are still setting the pace in the championship.

Tang's team, Boosters' Triumph, also won the top team award in the first round and led the championship after two races. The other nine teams, on the other hand, have a lot of chances to catch up.

In addition to the 24-race calendar (which reflects F1 2021), teams will have a six-week swap window halfway through the season calendar plus China and including the original Grand Prix race in Canada.

The window, which runs July 12 through August 21, allows teams to update their rosters as they prepare for the second half of the season and the live final in November.

The 2021 season will be divided into two categories: amateur and professional. Each geolocation has a qualifying and regional finals for the amateur events taking place in north, east, south and west of China. Then the best of the best compete in the Amateur Grand Final, which takes place at the same time as the Pro League Grand Final.

The way to the Pro Final is a little different: 10 teams compete in the above 12 laps, each of which consists of two races. The Pro League Grand Final will be the last and most lucrative place to showcase your driving talent. All 12 rounds are shown on television.

It's not just China's pride on the line. The top racers of the Pro League Championship will advance to the F1 Esports Series Pro Exhibition in 2022, where they can be selected by the ten official F1 Esports teams.

Tang Tianyu and Yuan Yifan, the two top drivers of the previous two competitions this year saw this fate in both 2020 and 2021. Both will be exhibited at this year's F1 Esports Series Pro Exhibition, where they will again be put up for selection by the 10 official teams. See how they're doing on May 27th.

This article was obtained from EsportsJunkie.com, the esports news, betting tips and reviews website. The original article can be found under . The F1 Esports China Championship will take place again in 2021

Random: There's Now A Grand Total Of Three Games On The Switch eShop In...