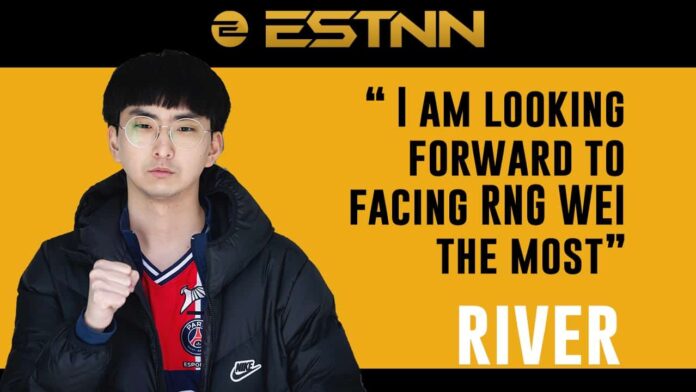 ESTNN had the opportunity to speak to PSG Talons jungler Kim "River" Dong-woo after they qualified for the Rumble Stages in MSI 2021.

After dominating PCS Spring 2021, PSG Talon looks stronger than ever. There have been some problems on the road like the unavailability of ADC Unified for the team and they had to replace him with Doggo, who is on the team well has adapted.

I cannot really say that I am completely satisfied with my performance. Because even though I've done some decent performances so far, I think I didn't perform in the last game. I think I have to work on these mistakes.

Group B had some strong teams like MAD Lions, PSG Talon and even the underdogs who took the opportunity and created big problems. Who do you think was the hardest player to face throughout the group stage?

For Group B, I found it very unnatural to see that teams might not get out of the group stage. I think all four teams were very strong. For me and PSG Talon, MAD Lions was the toughest.

What is your opinion on the jungle meta at the moment? What are the champions that you think are very good in the meta?

We currently have the three best picks with Rumble, Udyr and Morgana. Regarding the jungle meta, I think it's all about clear speed, so I think it's very important to clear the camps very quickly.

RNG Wei versus PSG River would be fierce.

Your jungle in the tournament has been top notch. Are you particularly looking forward to junglers?

Yeah Wei from RNG, because I was watching him during the regular LPL breakup, I think he was really strong and played the jungle role very well. He's really good at playing around with and helping his laners so I look forward to facing Wei the most.

Could fans expect to see some out-of-the-box jungle picks from you in the future?

In my opinion, except for Udyr, Rumble and Morgana, all picks can hit the Rift at any time. So I think anything can happen.

Kamsahamnida for the interview! Any message for the fans?

The post PSG River Talks About His Excitement to face RNG Wei & The Jungle Meta first appeared on the Esports News Network | ESTNN .

ESL One: Road to Rio Fantasy live with prizes