We’re talking about China of course – and the most populous nation on Earth is about to stage its very first F1 Esports Grand Final. From October to December, four regional finals pitted some of the very best sim racers in China against one another. From these pools, we have our finalists.

And though it may all be taking place well away from  the traditional base of operations for F1 Esports, it has huge relevance on the 2020 Pro Series. The top two racers from the F1 Esports Series China Championship Grand Final 2019 will drop straight into the 2020 F1 Esports Pro Draft.

The Regional Finals accumulated over 4.5 million viewers across the four events.

Based in Shanghai, the first of our regional finals took place over October 26-27. On day one, a total of 80 drivers were divided into four even groups of 20. Each of these groups competed in a 25% race around Shanghai International Circuit, with the top four from each race progressing to day two, as well as the fastest qualifier from each race.

This final pool of 20 then progressed to the second day, where two 50% races took place. First, it was back to China, with a second race around Monza also added in. Points were awarded in line with the F1 scoring method. All 20 contestants in these races progress to the Grand Final – but points ranking decided prize money awarded.

This event generated 1.3 million unique views, and a peak concurrent viewership of more than 300,000

The second regional final occurred three weeks later in 2008 Olympic city Beijing. And while there weren’t quite as many events as that particular tournament, the action was still just as exciting.

The format was unchanged from the East Regional Final, with a group of 80 whittled down to 20 over two days. After two races around Shanghai, the third and final race took place around the Hockenheimring in Germany.

As we entered the festive period, the city of Foshan picked up the reins as the penultimate regional final host.

From November 30 – December 1, the same format as above gave us another 20 racers for the Grand Final. This time, Spa-Francorchamps in Belgium took the honour of third race. 1.2 unique viewers, and almost a quarter of a million concurrent viewers tuned in to the action.

The city of Chengdu hosted the last of regional finals across December 14-15. As before, the format saw a pool of 80 hopefuls reduced to the fastest 20. Shanghai was the host of two more races, before handing over to Silverstone for the last crusade.

Yet again, the event drew an audience of one million unique viewers, peaking at around 220,000.

That leaves us with 80 racers from the regional finals, as well as another 20 from wildcard entries. This hundred club will be put through its paces on Saturday January 4, with only 40 making it through to the second day of competition. Then on the second day, 40 will become 20, and from that group, we’ll get a final top ten!

The event will be housed at Hui Space at Shanghai Stadium, with China’s very own Formula 2 star, Rookie of the Year 2019 Guanyu Zhou making an appearance. Jarno Opmeer of Renault Sport Vitality F1 Esports team will also be in attendance – and that’s not the only link to the Pro Series.

For the first time ever, we’ll be dropping two entrants straight into the 2020 F1 Esports Pro Draft. The winner and runner up after the second day of competition will both earn a spot, allowing them to be selected by one of the 10 official F1 Esports teams.

Stay tuned for updates and results from the event on January 4-5 here on the F1 Esports site. 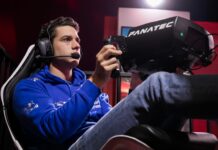 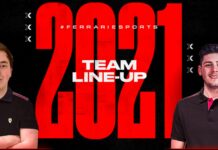 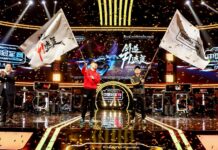 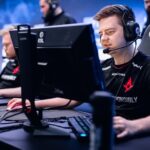 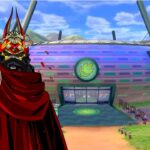 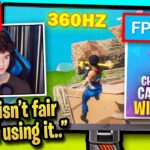 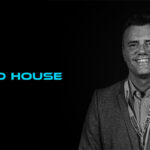