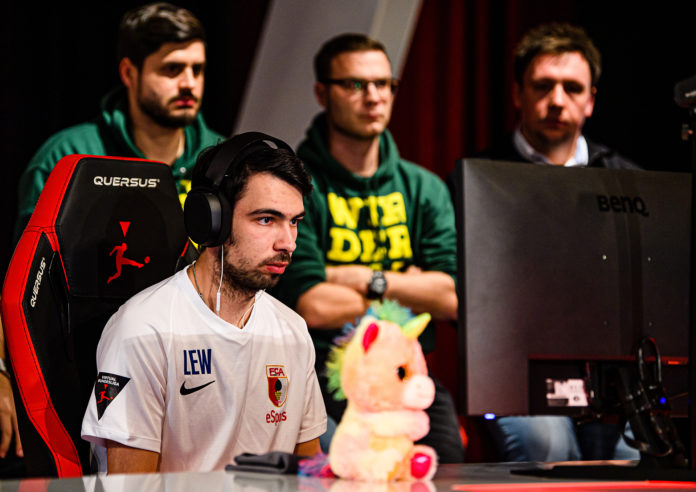 One surprise after another pervaded ING's VBL Grand Final. In the end, an underdog cheered with Yannic Bederke from FC Augsburg.

After a 2-1 win on PlayStation in the final of the VBL Yannic " Yannic0109" Bederke suffered a loss on his Xbox One home console.

Kai " deto " Wollin from Bayer 04 Leverkusen, however, came back directly and wetted early in the second leg – but Bederke

as the winner of the VBL Grand Final of ING takes the trainee home with 25,000 euros. After the victory in the Virtual Bundesliga will become your own professional player.

Favorite dies in the knockout round

The elevated German champion Michael " MegaBit " Bittner von Werder Bremen retired Richard "DerGaucho" Hormes in the quarter-finals against Gladbach . For world champion Mohammed “ MoAuba ” Harkous was in the golden goal against deto, a gap of three goals was made up.

The complete VBL ING Grand Final was owned LIVE on ProSieben MAXX, esports.com, Twitch, YouTube, Facebook and Tiktok. Throughout the entire FIFA season, ProSieben MAXX and esports.com own many FIFA events such as the Bundesliga Home Challenge, the DFB eFriendlys and the Virtual Bundesliga Club Championship.

Joni Tormala on the Gasly Effect, and his Infamous Moustache Wager

Top 25 Most Viewed Twitch Clips of The Month