Another month, another round of hot, tasty F1 Esports Challengers action!

The second event of the 2021 F1 Esports Challengers races took place at the end of January, with plenty of action and new race winners to kick off the new year. Event two brought players to Zanvoort in the Netherlands, an Austria’s Red Bull Ring.

As a reminder, three groups of 16 (one per console) contest two races per month from December-April, with the six highest points-scorers from each reaching the Pro Exhibition.

As the most direct route to the 2021 F1 Esports Pro Exhibition, the Challengers gives the tantalising opportunity for our hopefuls to get signed by one of the official F1® Esports teams. Let’s take a look at who made the biggest strides towards stardom this time round!

Zandvoort saw Valentin Brüffer slam it on pole, with points leader Thijmen Schütte down in sixth on the grid after a closely-contested qualifying session. Brüffer was quickly dispatched at the start by Dominco Lovece, but the pair swapped positions once again shortly after. From then on, it was a tense game of cat and mouse, with the poleman taking victory by 0.2s as they crossed the line.

The second race in Austria brought with it more good news for Brüffer, who took pole ahead of the recovering Schütte. Bruffer was once again beaten off the line though, leaving Schütte to battle with Marcel Altstädt for the win. A daring penultimate-lap pass for the latter gave him the lead, and he took his first victory of the season.

Schütte leads the standings with 65 from the first two rounds, ahead of Lovece on 59, Brüffer on 42 and Altstädt on 40. Niklas Clasani is fifth with 36, and Javier Perez completes the top six with 33.

Thibaut Suner scored his first pole in the Challengers, barely 0.2s ahead of second place. The dry conditions in Qualifying soon turned to torrents in the race, but Suner was able to maintain his advantage in both weather types, and finished well ahead of the pack, with a margin of more than six seconds.

On to the Red Bull Ring, and Christopher Parry mastered the elements as qualifying saw more rain. His start put him in the pound seat for victory once the race got under way, but that was before Antoine de Zulaski reeled him in on Lap six with a bold move. Kedon Lutt threw himself into contention with a superb strategy, and he challenged for the win until the very end, even leading at one stage. However, de Zulaski held his nerve to take the win.

Watch the first event of the Xbox Challengers in full here.

Qualifying for the first race at Zandvoort was dominated by Josh Idowu, and he crushed the race too in Zandvoort, comfortably leading from lights-to-flag. The second race in Spielberg was a different story though, with Alessio di Capua taking pole. However the Italian would not hold on to his lead for long, being overhauled early on and bested by both Ruben Vallejo and Patrik Sipos. The pair debated the leadership of the race for much of its second act, but Sipos ultimately prevailed with a spirited last-lap overtake, even breaking his headphones in the process of celebrating!

Di Capua is in the lead of the standings with 53 points, with Sipos not far back on 45. Next comes Atte Kauppinen on 42, Vallejo just behind on 41, and Idowu on 37. Hungary’s Bence Szabyo-Konyi completes the top six.

Event Three sees the series move to two classic tracks, Silverstone and Spa. Join us live on February 23-25 for all the low-downforce action from 19:00 GMT on Twitch, or Huya for suitable regions. See you there! 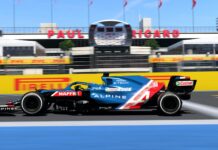 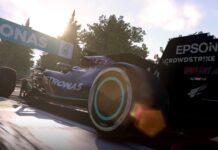 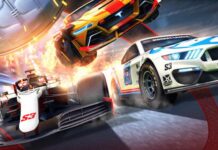 Trump does not extend the deadline for the TikTok sale

Community: 12 Switch Games We Missed, As Recommended By You