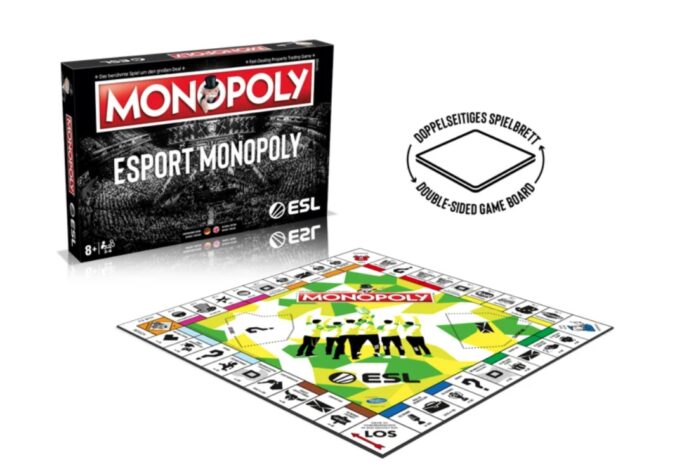 Global esports tournament organizer ESL Gaming has unveiled Esport Monopoly a twist on the classic board game where players can buy grand tournaments instead of owning traditional Monopoly tokens such as a shoe and thimble for game-specific items such as game controller, keyboard, headphones, ESL logo, trophy and chicken, ie "Winner, Winner, Chicken Dinner".

Players can buy major esports events like Dreamhack or ESL Katowice, invest in leagues and sell tickets, and fan shop. Esport Monopoly players can still end up in jail.

The double-sided game board is printed in both English and German. The ESL website states that the board can be played on either side even if someone "turns it over in anger". with other licensed Monopoly spin-offs. Players must strive to make more money than their opponents by buying assets.

Esport Monopoly is available in im ESL Gaming Store and retails for $ 60.99 (~ £ 44.47). According to the website, the game is intended for two to six players, ages eight and up, and runs for between one and two hours or until someone gives up.

Esports Insider says: Esports is increasingly becoming a part of the global zeitgeist and a special Monopoly- Game will serve as an ironic look at the industry.

Esports Mover and Shaker in June 2020

Ninja Shows Off His Setup on Stream! | Fortnite Best Moments #9

The Queue | Meteos – "There's times when I'm Meteos. There are other times...