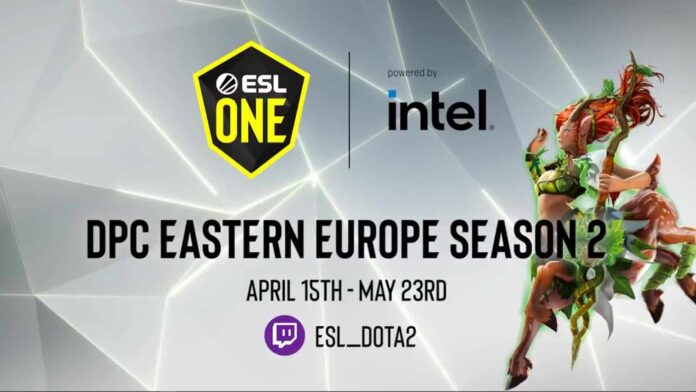 All actions from Eastern Europe after the third game week in season 2 of the DPC.

There was a lot of quality Dota in our CIS region this week. We're going through the highlights of week three in both divisions as we've reached halfway through season two of the DPC.

No Techies and Hellraisers opened our third game week in Eastern Europe. In Game 1, NT was able to assert itself through the alleys, with a puck-pick in the middle for Egor "Dame" Lexyutin, who did a lot of work for the team. Even so, Hellraisers had the stronger draft, and this became more than evident as the game reached its late stage. Nikita "Young G" Bochko used the beast in Beastmaster, got 14 kills and prevailed with a cool 645 GPM to a net worth of 32.2,000. Hellraisers won after 54 minutes. Game 2 was a pure proposition. HR finished it in 30 minutes and secured the series with a 2-0 win.

Hellraisers also prevailed against B8 and took them 4-0 to first place in the overall standings.

But No Techies did much better on their series against Trident Clan. They took Game 1 in 29 minutes after some back and forth in the early game. Trident wouldn't let the series go down without a fight, however. They spanked NT in Game 2, dominated mid-stage and built a 21-kill lead. After 34 minutes, no tech freaks called GG and wanted to reset. But Game 3 was a 63-minute marathon. Trident gave NT a solid run for their money on the streak, but No Techies ended up taking it home with a 2-1 win. That gives them a 1 against Trident Clan, but both teams will have to try to get some wins next week if they want to move up from the bottom of the ladder.

Team Empire also had a lovely week in the lower division and knocked out Nemiga Gaming when they went up against them. The victory puts Empire in third place on the ladder. While Nemiga now occupies second place in the overall standings after winning her fight against the current 4th place, Prosti Esli.

Our upper division played mostly as expected for week three from. In our first series of the week, PuckChamp and Extremum faced each other, which turned out to be a smooth win for PuckChamp. However, things turned out very differently when they competed against Team Spirit, the current top seed in the region.

Spirit made its way through the first game in the series. Take first blood and dominate from the start. Spirit grabbed Puck for the middle of Game 1 and Alexander "TORONTOTOKYO" Khertek went to work to starve Semyon "BOBINA" Shvetsov's farm through the back alleys. His razor finally managed to build a wand in 11 minutes. Puck Champ just never managed to gain a foothold, and the first game ended after 38 minutes with a lead of 26 kills for Spirit.

Game 2 was over even faster, although the PC was struggling hard through the tracks, Spirit had it in his pocket up to the 15-minute mark. PC called GG after 33 minutes and Spirit ended week 3 undefeated.

While Virtus.pro also scored a clean 2-0 in its series against Team Unique. VP clearly had control of both games. Unique only managed to get 4 kills on the second card in this series when Virtus.pro severed their design like butter.

Then VP and Natus`Vincere finished the third week. VP looked very confident on our first card in the series. They built a solid head start during the laps and carried their momentum into the middle of the game. A double kill for Danil "gpk" Skutin's Void Spirit after 18 minutes gave VP the additional advantage and they pushed for Rosh after 20 minutes. Take the aegis for Egor "Nightfall" Grigorenko. From here, VP could achieve an easy victory and Na`Vi couldn't muster up a defense to stop them. They only managed to get 2 kills on the board during the entire game.

It was a particularly tough game for the former VP member Roman "RAMZES666" Kushnarev. Ramzes failed to land or assist a single kill for the entire 32 minutes. Undoubtedly a demoralizing result for Na & # 39; Vis captain.

Game 2 was an even faster affair. Virtus.pro took its first blood early in the streets with a pickoff on Alik "V-Tune" Vorobey's Phantom Lancer. Na`Vis Position 1 player had an unfortunate laning phase and never managed to compensate for kills. All in all, it was an even worse defeat than game 1, although Na`Vi also killed that card to end the game 3-19. In just 20 minutes, VP secured another series in order to achieve 1st place in the overall ranking with Spirit.

Na`Vi is now in 3rd place and even has two wins against her two defeats.

It was a good week for the AS Monaco Gambit. The team eventually celebrated their first win of season two after facing the Winstrike team.

[19659005] Game 1 of this series was a bit shaky for ASM.GMB. They looked pretty comfortable in the early game. Beating Winstrike on the lanes and holding onto the gold led to the middle of the game. But Winstrike scored a valuable goal after 46 minutes and brought down Vladimir "No [o] ne" Minenkos Ember. The resulting skirmish looked like it would almost change the game. But ASM.GMB managed to regain control and regroup to bring the win home after 56 minutes.

Our second card in this series had a little more back and forth. With Winstrike taking control of the middle of the game. With Nikita "Pantomem" Balaganin scored a valuable goal for No [o] ne & # 39; s Void Spirit after 21 minutes. The following extended skirmish between the teams ended with two consecutive kills for Yauheni "chshrct" Kastramas Timbersaw. Minutes were exactly what the AS Monaco Gambit needed. Kiyalbek's "dream" Tayirov had gotten plenty of fat on Lifestealer by this point. Now, after 35 minutes, he could add an Eye of Skadi to his belt. ASM.GMB turned Game 2 back in their favor and claimed the series after 42 minutes. A result that put them in 6th place overall, where they are currently associated with PuckChamp.

Soapbox: Astral Chain Was The Game Nintendo Needed Most In Its 2019 Switch Lineup